Any company can sell its customers a product or service, but a great brand offers its followers something even better – a sense of community and belonging. After all, a major goal for all businesses is customer retention, that is, having loyal customers who repurchase from your brand time and time again.

There are many ways to cultivate this kind of relationship with your customers, one being creating an emotional bond with them. According to the Harvard Business Review, customers are three times more likely to buy from your brand if they form an emotional connection to it.

This is where Facebook Groups come into the picture. Creating a Facebook Group for your brand provides an opportunity to better connect with your followers in an intimate setting. It’s likely that not everyone who follows you or your small business on social media will join your Facebook Group, but the ones who do are typically the most invested in your products and services. Over 1.8 billion people use Facebook Groups each month, proving that millions turn to these more intimate online spaces in hopes of bonding with others.

We’ll cover the benefits of a Facebook Group for your company and share examples of businesses that have benefited from investing in this kind of community.

“Community,” is the new follower count, at least according to The Washington Post. Content creators are shifting away from focusing on the amount of likes they receive, to creating niche spaces on the internet for their followers. And it’s not just influencers, either. Many brands are also harnessing the power of online communities to better connect with their customers. The more engaged and active your customer base is, the more brand loyalty you can expect in the long run.

Saie – a clean makeup brand – has seen huge growth in the last two and a half years and recently started selling their products in Sephora. Similarly, What’s Gaby Cooking – a small business that initially started from a blog – has turned into a food empire with founder Gabby Dalkin releasing her third cookbook soon.

Both Saie and What’s Gaby Cooking have a large following on Instagram and other social media platforms, but have still found great success on Facebook Groups. This is mostly due to the more intimate nature of the space.

Here are some of the ways a Facebook Group can help you forge a better relationship with your members.

Posting on your general and public social media channels can sometimes feel like you’re talking to a void for several reasons. Your follower count may be so large, it’s hard to personalize your interactions with people. Or, depending on the algorithm and the fact that individuals are constantly inundated in content, your fans might not even be seeing all of your posts in their feed.

With a private Facebook Group, however, you can get personal with each one of your members. For example, Saie has over 146,000 followers on their Instagram accounts, and What’s Gaby Cookin has an impressive 865,000 followers on hers. But each small brand has a significantly smaller following on their Facebook Groups, with roughly 3,000 and 13,000 members respectively. This tighter community is a great way to form stronger connections with your followers.

You’re usually posting content on your main social media channels – product shots, Reels or TikToks, and polished graphics. But on your Facebook Group, you don’t have to worry about providing users with a ton of media assets as they likely follow your main channels and already see those. Instead, your focus can shift to fostering community and building relationships with your followers.

Here, CEO Laney Crowell made a personal post in Saie’s Clean Beauty Crew Facebook Group asking followers for their skincare routine. It’s not often that someone that high in leadership can connect with followers in a more intimate, closed setting. Although Laney does regularly appear on Saie’s Instagram, if she were to ask this question on the brand’s Instagram Stories, the response would most likely be too overwhelming for Laney or anyone else at Saie to respond to users individually. On their Facebook Group, on the other hand, the responses are much more manageable. The post below received 15 likes and 61 comments – fewer than what the brand typically receives on their Instagram posts.

And in this case, less is more. Saie’s Head of Community, Lauren Lauigan, responded to many of the comments and even asked some members follow up questions about their morning routine.

In another post, Lauren asked the community for their clean deodorant recommendations. By interacting with the group’s members and getting their recommendations, opinions, and feedback, Saie’s leadership team is doing a great job of making their community feel valued. Rather than just throw out content about Saie’s products, the purpose of the beauty group is for members to learn from each other and share their experiences.

The post had a ton of engagement with lots of followers sharing their favorite sayings from Gaby. By specifically asking members from her Facebook group, and not posting this message anywhere else, Gaby most likely made her members feel more connected to her and her brand. Users shared their favorite sayings of her in the comments, including “this little situation,” “this is epic,” and “I’m obsessed.” Gaby even replied to certain comments – something she may not have been able to do on a larger platform.

A private Facebook group allows you to carve out a smaller and more manageable space on the internet that will lead to more face time with each of your members. This can allow for more of a two-way conversation between you and your followers, so you can also get their input too.

Create a space for your followers to share their interests & passions

Another huge plus of creating a Facebook Group for your business is that it can help grow and nurture relationships between your followers. Rather than your customers solely having a connection with the products you sell, they’ll also begin to associate your brand with the friendships and sense of community they find within your Facebook Group. This is exactly what happened when Influencer Ambar Driscoll created an organization called Bamby Collective to help connect young women across the globe.

Ambar found that members quickly became vulnerable with one another through the Facebook Groups. And, while most of the members did originally join because they were fans of Ambar, one individual told us the reason she continues to interact with the group is because of the friendships she has formed.

A good Facebook Group is going to connect back to your brand identity while giving space for you customers to discuss topics outside of your small business. In this way, your Facebook Group is actually providing a real sense of community to members, where they can ask questions and share things with each other.

A member from What’s Gaby Cooking Friends! Facebook Group shared a post about the popular Hulu series, “The Bear.” While a television show may not seem related to Gaby and her brand, this show in particular is about a renowned chef, bringing it back to the community and Gaby’s core theme: connecting with one another through food.

Initially, you may find that your members aren’t engaging as much with the group as you’d like – and that’s OK. As the admin and group owner, you can model these types of interaction to fellow members. Create discussion posts, engage with users, ask for feedback regularly, and initiate conversation amongst your members.

Be kind and courteous to everyone, and take the time to get to know your community by responding to their comments and posts. Eventually, you should see an increase in user contributions.

We recommend keeping your facebook group private to ensure the space is filled with actual community members and not spammers. Both Saie’s Clean Beauty Crew and What Gaby’s Cooking Friends! Groups are private and require an administrator to approve each new member. This way you can keep an eye on who joins the group and ensure that everyone is there for the right reasons.

We hope this article inspires you to create a Facebook Group for your small business! Remember, the goal of this space is to give your customers the spotlight and make sure their voices are heard. 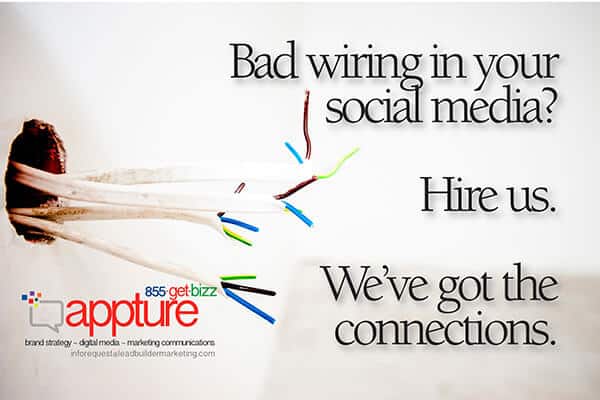 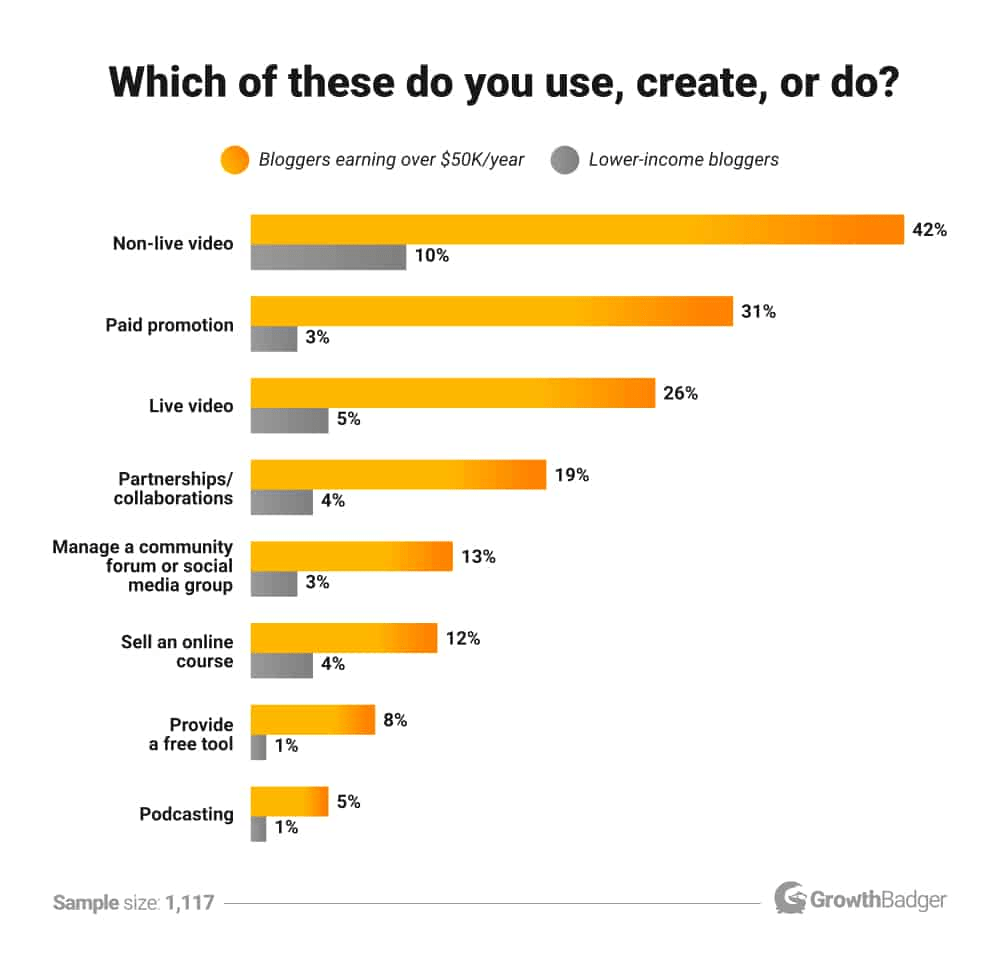 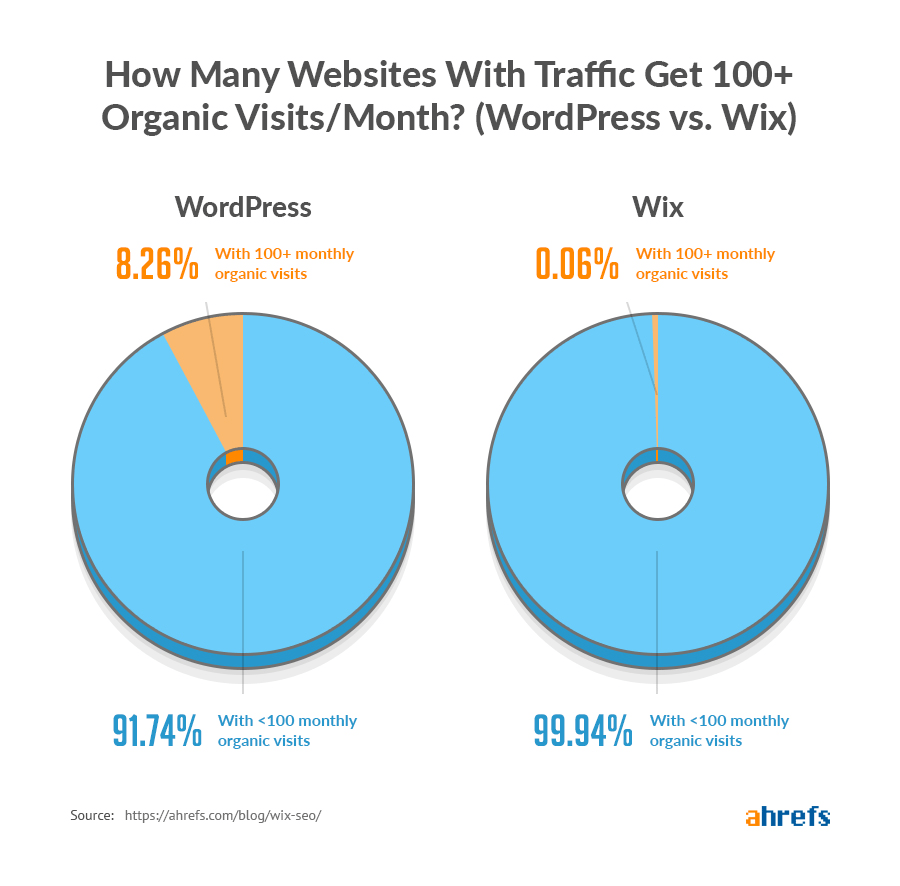 Is Wix Good for SEO? Here’s Everything to Know About Wix SEO